The Best 1 Test Cap Cricketers for Australia and England 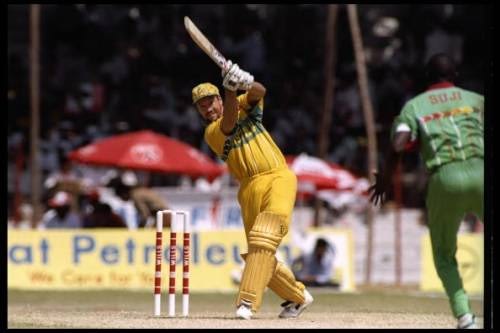 Australia has 458 test cricketers play for the island nation. These range from likes of ‘The King’ that is Shane Warne to the great Don Bradman who have played over 100 caps for the land down under, but there are many who have only 1 test match to their name.

Let’s see who the best one Cap Test Cricketer is for Australia. There are many to choose from who have only play the one test and have performed quite well but couldn’t get back in the team.

The one that arguably is the best 1 Test Cap Cricketer is Stuart Law. In his maiden and only test match against Sri Lanka in 1995. Law made 54 not out as Australia cruised to a victory. Law had an excellent record at first class level, captaining Queensland to five Sheffield shield titles and is Queensland’s all-time leading run scorer.

So why did only one test, good question! Before the match a young Steve Waugh was injured, and Law came into the team as his replacement. Arguably, Law was stiff not to be picked again as Law went on dominate County cricket with Essex with an average over 55 and a top score of 263. He then went on to play at Lancashire where in 2003 Law had an average of 91.

The reasons behind Stuart Law not getting picked would due to the fact how good were Australia was in this era with the likes of Steve Waugh, Ricky Pointing and Justin Langer. He was just plain stiff. If he came on the scene 10 years later or earlier, Law would have played a lot more Test Cricket. Moreover, Law did show his talents in the ODI format, helping Australia in the 96 World Cup and was a key middle order batsman.  Stuart Law is a ‘could have been’ and will be great mystery why he only played one test, but to be the guy without an average in test cricket is a rare feat in the game.

Now to the old enemy England, who have 695 Test Players. These range from likes of W.G Grace to current stars Stuart Board and James Anderson. There have many one test capped cricketers for England, but which had the best debut and could he make a return?

Well the best one Test capped for England is a man of the name Scott Borthwick. A leg break bowler who debuted in the last test match of the fateful 2013/14 Ashes series. He took 4 wickets of the best with three in the second innings. Borthwick has played over 164 First-Class games for Durham and number one spinner at the time Graeme Swann said “Personally, I hope little Scotty Borthwick gets the chance before long. He’s a leg-spinner, he’s got a bit of X-factor and he can bat as well’.

Overall Borthwick was a great First-Class spinner but never really found his true potential as his form dipped after his Test debut.

At this stage he is playing for Surrey in his prime age of 29. Hopefully, Scott might be needed once cricket returns as perfect inclusion for sub-continent tours or maybe England selectors will continue to select Moeen Ali to bowl instead.

So, they are the best one Test capped players for Australia and England. Arguably both are stiff not play for their countries more.